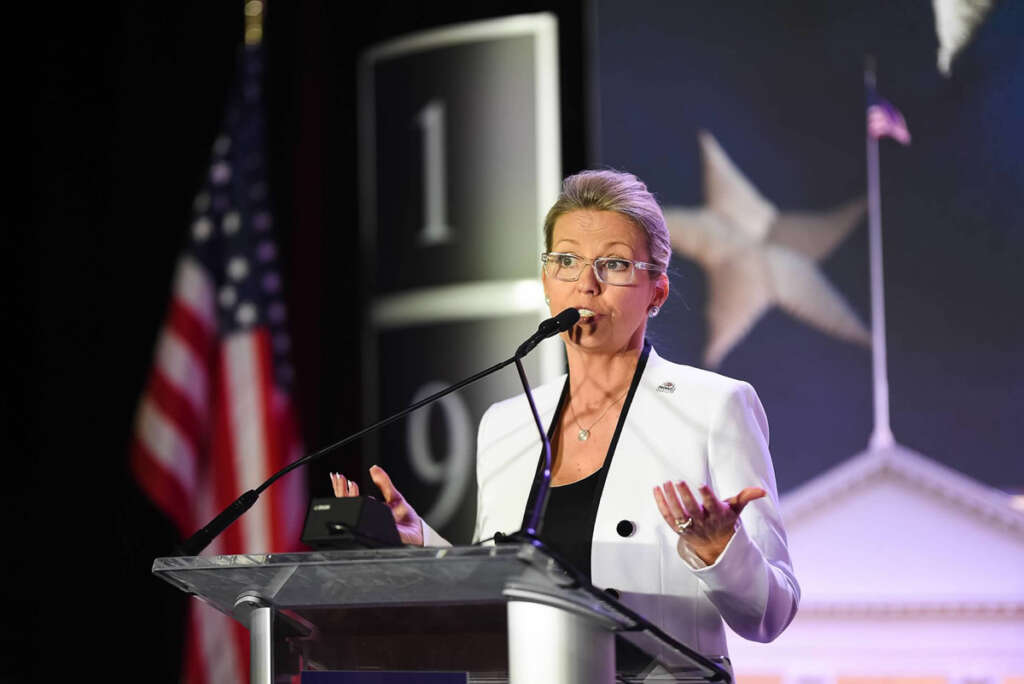 Leigh has been a tireless leader in conservative politics for over 34 years. She has organized, fundraised, and lead hundreds of campaigns and conservative movements.  She co-created and still manages the Southlake Families PAC, which brought awareness to a nationwide issue of Critical Race Theory (CRT) in a landslide victory for conservatives. Most recently, Leigh led Patriot Mobile Action’s victories in eleven school board races, securing conservative majorities in four north Texas school districts that preside over 94,000 Texas students.

Leigh has been featured on Fox News, John Solomons “Just the News” talk radio, Mark Davis 660AM, The Christian Perspective podcast, in the National Review, the Texas Values Report, a speaker at Turning Point USA and the Center for National Policy and quoted in multiple news media stories. Leigh is a speaker and trainer on how to identify and defeat socialist Marxism in schools and government.

Leigh started her professional career as a television news anchor, reporter, and producer and served as a congressional staffer during the early 90’s Republican Revolution.